Spitfire is a value-oriented investor in publicly-traded, smaller capitalization companies.

Spitfire is a value-oriented investor in publicly-traded, smaller capitalization companies. 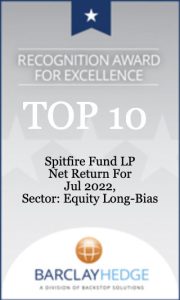 Spitfire is a value-oriented investor in publicly-traded, smaller capitalization companies. We invest in market share leading businesses which generate excess cash, possess substantial financial flexibility and demonstrate increasing intrinsic value. Our investments offer the potential for significant upside over a multi-year holding period while benefitting from a substantial margin of safety.

Most of our targets are underfollowed by sell side analysts and institutional
investors and are often attractive acquisition candidates. Since inception, nineteen companies, representing approximately 20% of our investments, have been acquired by strategic or financial buyers.

We are experienced long term investors

We were founded in 2007 and have a 15-year track record of outperformance. We have prospered through market cycles, including the Great Financial Crisis of 2008-2009 and the COVID shock of 2020.

We have a rigorous research process, focusing on company and industry due diligence, including primary research. Since inception, 19 of our portfolio companies have been acquired by strategic or financial buyers, validating our approach.

Our founder and managing partner is the largest investor and has the majority of his net worth invested in Funds managed by Spitfire, providing a strong alignment of interests with investors and limited partners.

The Supermarine Spitfire was a single seat fighter aircraft which first entered service in Britain’s Royal Air Force in August 1938, before the start of the Second World War. The Spitfire was designed by R.J. Mitchell. The Mark 1, with a 1,030hp Merlin engine, had a top speed of 330 knots and carried eight Browning machine guns. With a higher rate of turn and better visibility than the Luftwaffe’s Messerschmitt Bf-109, the Spitfire was very successful in dog fights.

In the late summer of 1940, the Spitfire became the symbol of the Battle of Britain, of refusal to give up, and of victory against overwhelming odds. 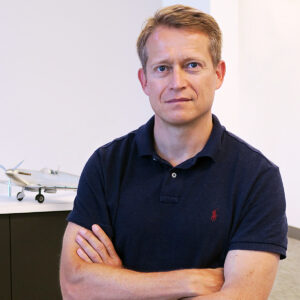 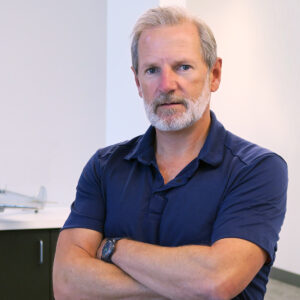 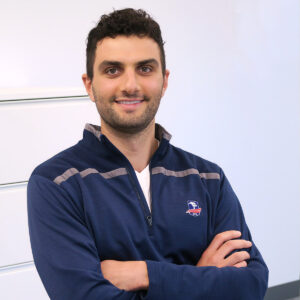 Envelope Mobile-alt
The materials on this website do not constitute an offer to sell or a solicitation to purchase any securities or investment advisory services. Any such offer or solicitation shall be made only to “accredited investors” (as defined in Regulation D promulgated under the Securities Act of 1933), “qualified clients” (as defined in the Investment Advisors Act of 1940) and/or “qualified purchasers” (as defined in the Investment Company Act of 1940), pursuant to a private placement memorandum and related subscription materials. An investment in the strategy described herein involves a high degree of risk, including the possibility of loss of principal, and is illiquid due to restrictions on withdrawal. See the formal offering documents for full details regarding risks, minimum investments, fees and expenses. Past performance is no guarantee of future results. Any reference on this website to “margin of safety” does not imply that investments made by Spitfire are safe. “Margin of safety” is an investment term that refers to the difference between the intrinsic value of a security and its market price.
Copyright © 2022 Spitfire Capital LLC | Powered by Spitfire Capital LLC